The new year is fast approaching, and I can’t say I’m upset about that. 2011 was pretty insane, and I wish for more balance in the coming year. As I reflect on the past few months and think about what I’d like to change personally and professionally in 2012, the first thing that comes to mind is #2011ZagsIdeas. This is, perhaps, the craziest and most obnoxious New Year’s resolution I’ve taken on thus far. I thought that by tweeting a new idea each day, I’d be somehow be achieving a poor man’s copyright and that I’d be able to refer to them from time to time. 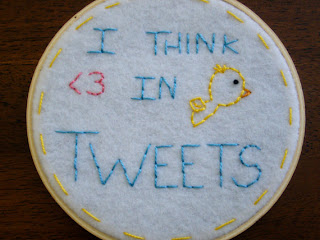 I actually wasn't so smart about saving my tweets on Twitter. It's hard to go back and find all of them. There are definitely search engines out there that will save hashtags for you, but I was so not Twitter savvy in January 2011. If I had to do it again, I would probably post on the blog and tag them with 2011ZagsIdeas. It'd be much easier to refer to! Here's an article from Mashable about Twitter hashtags that I should have read before.

How it worked…
Inspiration is truly everywhere. Though I got a little lazy on the tweeting towards the end, each day I thought of something new through conversations with others and close observations of the world around me. #2011ZagsIdeas inspired new curriculum that I implemented into my classroom, projects that challenged me and expanded my camera and editing knowledge, and work to be completed in the future. Even the blog revamp is rooting in this year of developing inspiration. A few successfully completed Zags Ideas included:
Myrtle Video
Tree stop motion
Turn Pearl into app and get kids’ illustrations
Holiday card
Big Top Fitness screenings

Perhaps the most successful was a music box stop-motion film I made last spring. Inspired by a tinker toy, I took over 50 still images of the music box and pieced them together in iMovie. I then recorded the music box’s song in GarageBand. The film caught peoples’ eyes and inspired different members of the Tufts community to reach out to me with new ideas about using stop motion. This was a MASSIVE learning experience.

These ideas have even inspired my 2012 resolution. I'm excited to share it with you and get started. Stay tuned for that post tomorrow!